Envision Land Use serves a diverse client base throughout the Philadelphia metropolitan area. Our experienced team and associates assist clients in navigating the complexities surrounding land development, while providing creative and viable solutions for optimizing land use. We adapt efficiently to changing situations, and possess the keen ability to anticipate and address issues as they arise, resulting in fewer delays and favorable results. 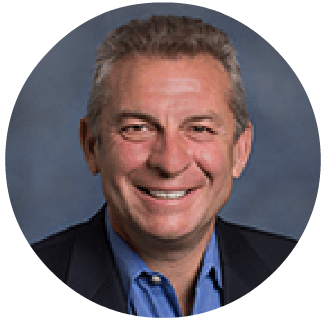 John’s expertise is focused in multiple areas of development, site design, and navigating the numerous complexities of the approval process. John is recognized for evaluating and maximizing the value of viable real estate opportunities. Over the years as Regional Manager for NV Homes, John has purchased numerous subdivisions in Maryland, Virginia, and Pennsylvania. Applying his skills to multiple disciplines, John has built an impressive portfolio of successful projects that highlights his broad expertise within the real estate sector.

Bob Rosenthal is highly regarded among his peers for his ability to “make things happen” in the land acquisition and real estate development industries, a challenging environment where things do not generally happen easily. For over 25 years, Bob has built an exceptional reputation on the quality of his work, his personal integrity and his ability to build bridges between the private sector, the public sector and neighborhood and community groups.

Bob spent eight years as Vice President of Acquisition and Business Development for Westrum Development Company, one of the Delaware Valley’s largest privately-owned homebuilders. At Westrum, Bob played a key role in acquiring and re-zoning over 1,700 acres of suburban and urban ground, resulting in over 5,000 building lots.

In 2010, KHovnanian Homes, one of the nation’s largest public builders, recruited Bob to serve as Land Acquisition Manager for the Delaware Valley Region, which includes Bucks, Montgomery, Chester, Philadelphia and Delaware Counties, plus South Jersey and Northern Delaware. In a very tight market, Bob was able to procure over 500 building lots for KHovnanian during his two year tenure. Recently Bob was appointed to the Lower Gwynedd Zoning Hearing Board.

Nancy became a part of the team in February 2014. Her attitude, focus and drive are admired by her colleagues. Early in her career after graduating college, she headed to New York City and established herself in the fashion industry. After several years, she decided to embark on a career in the real estate industry and made her way back to the Philadelphia area. With over 25 years in the industry, Nancy started by leasing residential units and worked her way into management of both residential and commercial properties. Prior to joining Envision she spent six years with a local builder utilizing her skills to streamline the process of development and home construction. It was in that time that John noticed her project expertise in combination with her strong organizational skills.